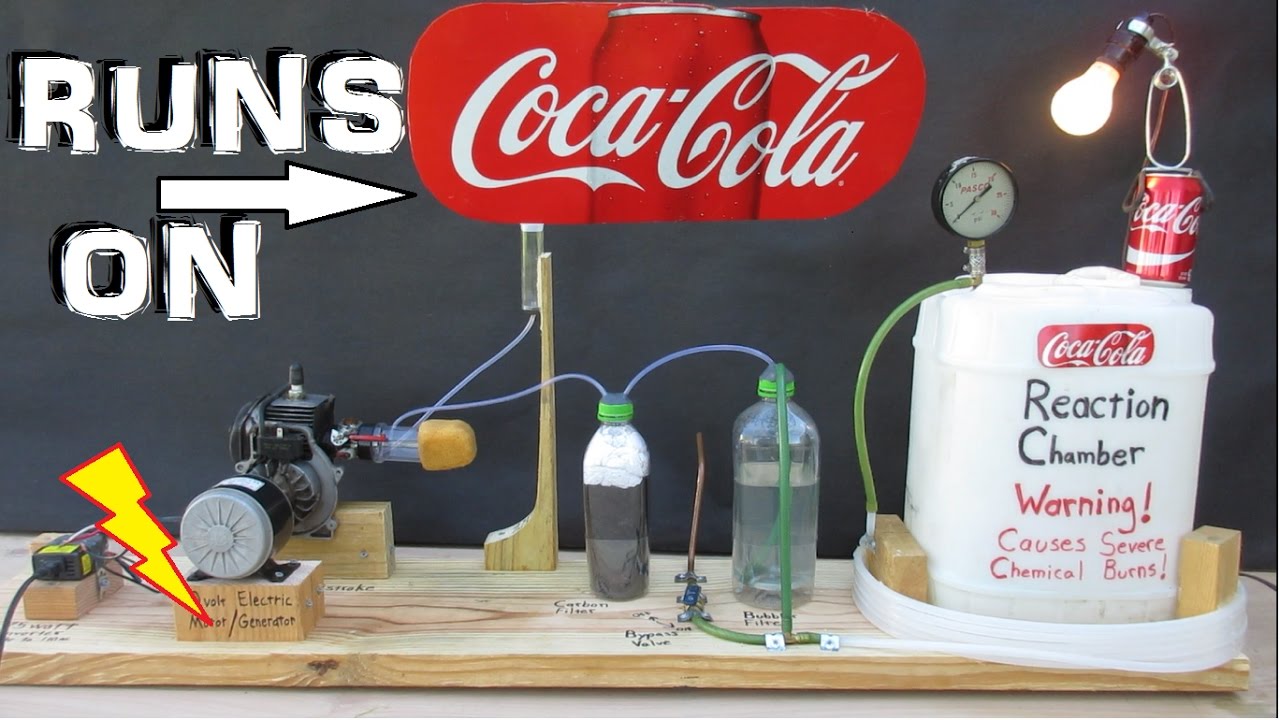 (Experimental Fun)
Aluminum naturally reacts with water but it quickly forms an aluminum oxide on the aluminum surface and that protects it from the water. I used sodium hydroxide to clean off the aluminum oxide from the cans so that it could react with the water that is inside coca-cola, when this happens it releases large volumes of hydrogen gas. The reaction gets hot and can produce lots of steam and chemical vapors, I ran the gas through a long pipe first to act as a condenser to help eliminate the steam and then through a water bubbler and carbon filter so it would clean out any remaining steam and and chemical vapors, the hydrogen then runs into the engine intake and is used as the fuel to run the Engine.

If you liked this video then don’t forget to subscribe, more awesome experiments to come!
Thanks For Watching

18 thoughts on “How To Make A Generator That Runs On Coca-cola! (Experiment!)”