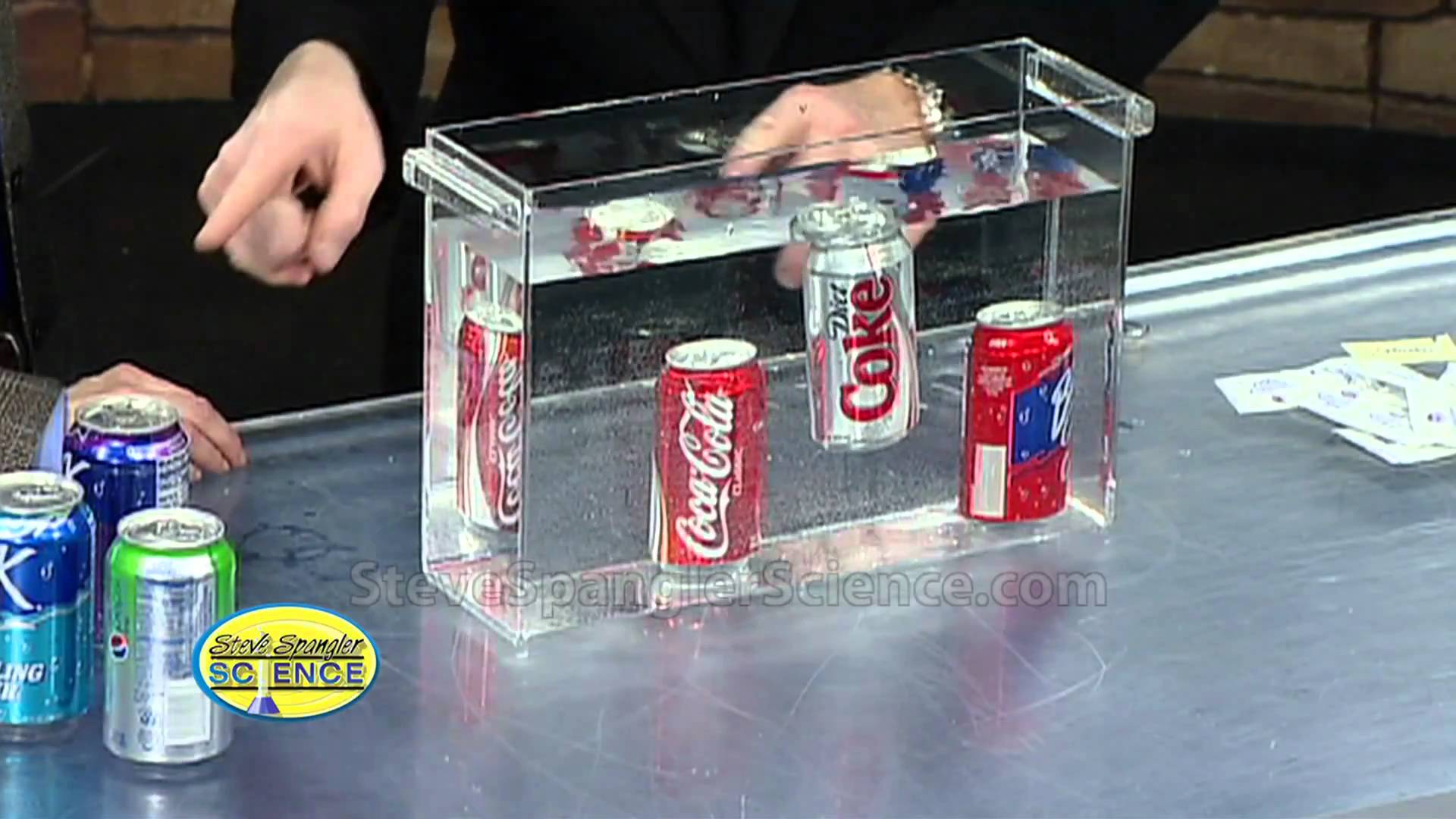 Scientists seem to be infatuated with objects that float and sink. Even non-scientists find great joy in dropping stuff in water to see if it floats or sinks. Fans of David Letterman are quick to point out one of Dave’s favorite segments called, “Will It Float?” Here’s the latest float or sink challenge: Why do lemons float in water but limes sink? Think you know the answer? Not so fast…

Steve Spangler is a celebrity teacher, science toy designer, speaker, author and an Emmy award-winning television personality. Spangler is probably best known for his Mentos and Diet Coke geyser experiment that went viral in 2005 and prompted more than 1,000 related YouTube videos. Spangler is the founder of www.SteveSpanglerScience.com, a Denver-based company specializing in the creation of science toys, classroom science demonstrations, teacher resources and home for Spangler’s popular science experiment archive and video collection. Spangler is a frequent guest on the Ellen DeGeneres Show where he takes classroom science experiments to the extreme. Check out his pool filled with 2,500 boxes of cornstarch!

On the education side, Spangler started his career as a science teacher in the Cherry Creek School district for 12 years. Today, Steve travels extensively training teachers in ways to make learning more engaging and fun. His hands-on science boot camps and summer institutes for teachers inspire and teach teachers how to prepare a new generation for an ever-changing work force. Over the last 15 years, he has also made more than 500 television appearances as an authority on hands-on science and inquiry-based learning.

On the business side, Spangler is the founder and CEO of Steve Spangler Science, a Denver-based company specializing in the creation of educational toys and kits and hands-on science training services for teachers. The companys unique business strategies and viral creations have been featured in the Wall Street Journal, Inc. Magazine, Wired and TIME Magazine where online readers voted Steve Spangler #18 in the Top 100 Most Influential People of the Year for 2006 (what were they thinking?). You’ll find more than 140 Spangler created products available online at SteveSpanglerScience.com and distributed to toy stores and mass-market retailers worldwide.

Spangler joined NBC affiliate 9News in 2001 as the science education specialist. His weekly experiments and science segments are designed to teach viewers creative ways to make learning fun. His now famous Mentos Geyser experiment, turning 2-liter bottles of soda into erupting fountains, became an Internet sensation in September 2005 when thousands of people started posting their own Mentos explosions on YouTube.com.

As founder of SteveSpanglerScience.com, Spangler and his design team have developed more than 140 educational toys and science-related products featured by mass-market retailers like Target, Wal-Mart, Toys R’ Us, Discovery Channel Stores and over 1,400 independent specialty toy stores. His educational science catalog and on-line business offers more than a thousand science toys and unique learning resources. Recently, Spangler has been featured in the Wall Street Journal, Inc. Magazine, WIRED, the History Channel, Food Network and TIME Magazine where on-line readers voted Steve Spangler #18 in the Top 100 Most Influential People of the Year for 2006.

His recent appearances on the Ellen DeGeneres Show have taught viewers how to blow up their food, shock their friends, create mountains of foam, play on a bed of nails, vanish in a cloud of smoke and how to turn 2,500 boxes of cornstarch and a garden hose into a swimming pool of fun.