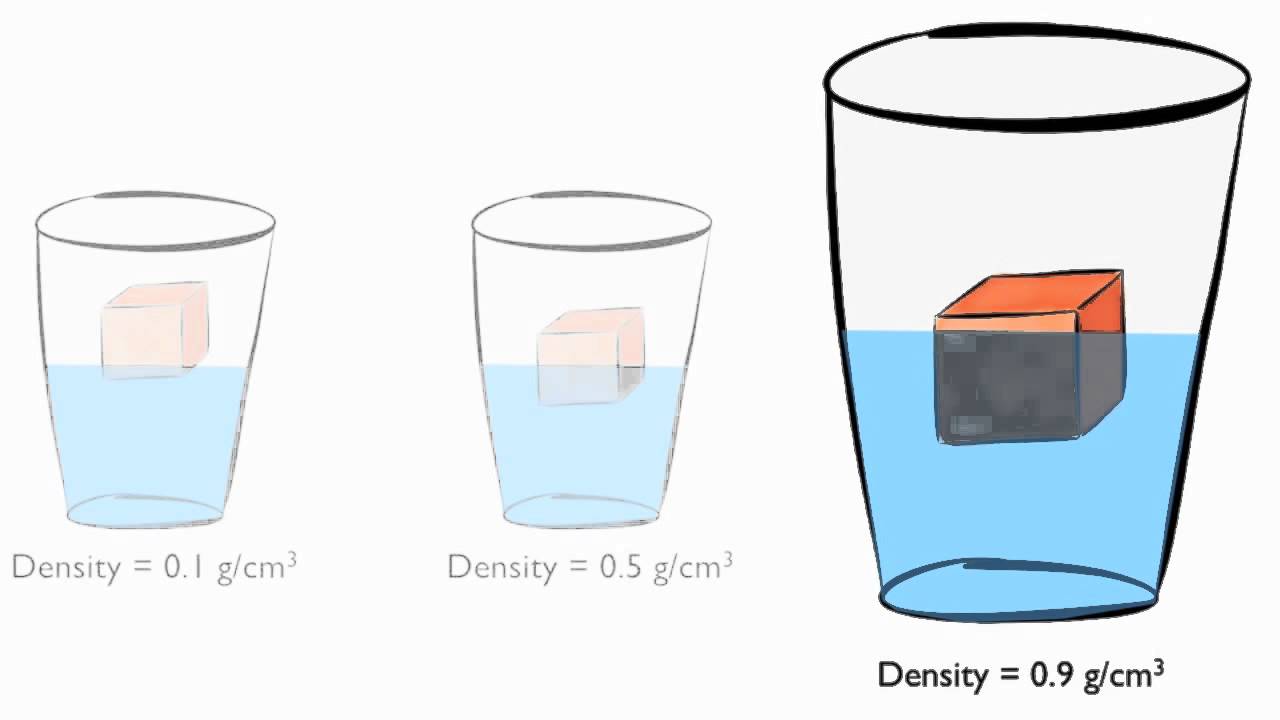 The volume of water can be measured using a graduated cylinder. Our sample is 100ml.

Density is calculated by dividing the mass by the volume. Plug in our measured mass at 100 grams and divide that by our measured volume of 100 ml. Water’s density is 1 g/ml.

Density explains why ice floats. If you freeze water it expands. The black dots represent the atoms in water. No new atoms were are added to the water so because of the expansion there is more room between the atoms. Compared to the atoms in liquid water, the atoms in the ice are not as tightly packed together causing the ice to float. Try calculating density of ice for yourself. If you get a number less than one it will float. You can also predict how much of it will be below the waterline. 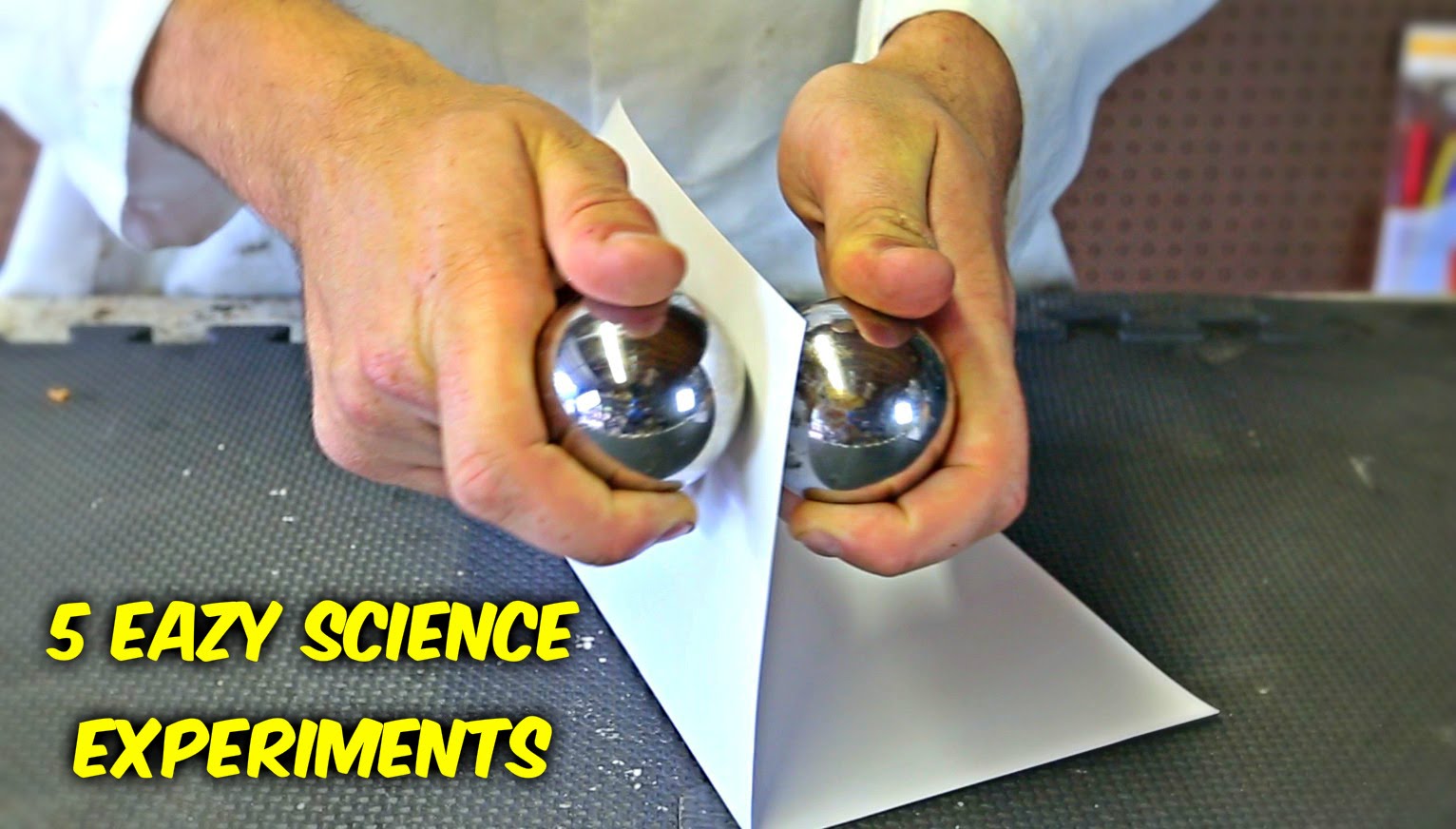 In this video I show you 6 experiments with magnets: 1. Apples and magnet. For this experiment you need to build suspension from chop sticks. Put 2 apples at opposite