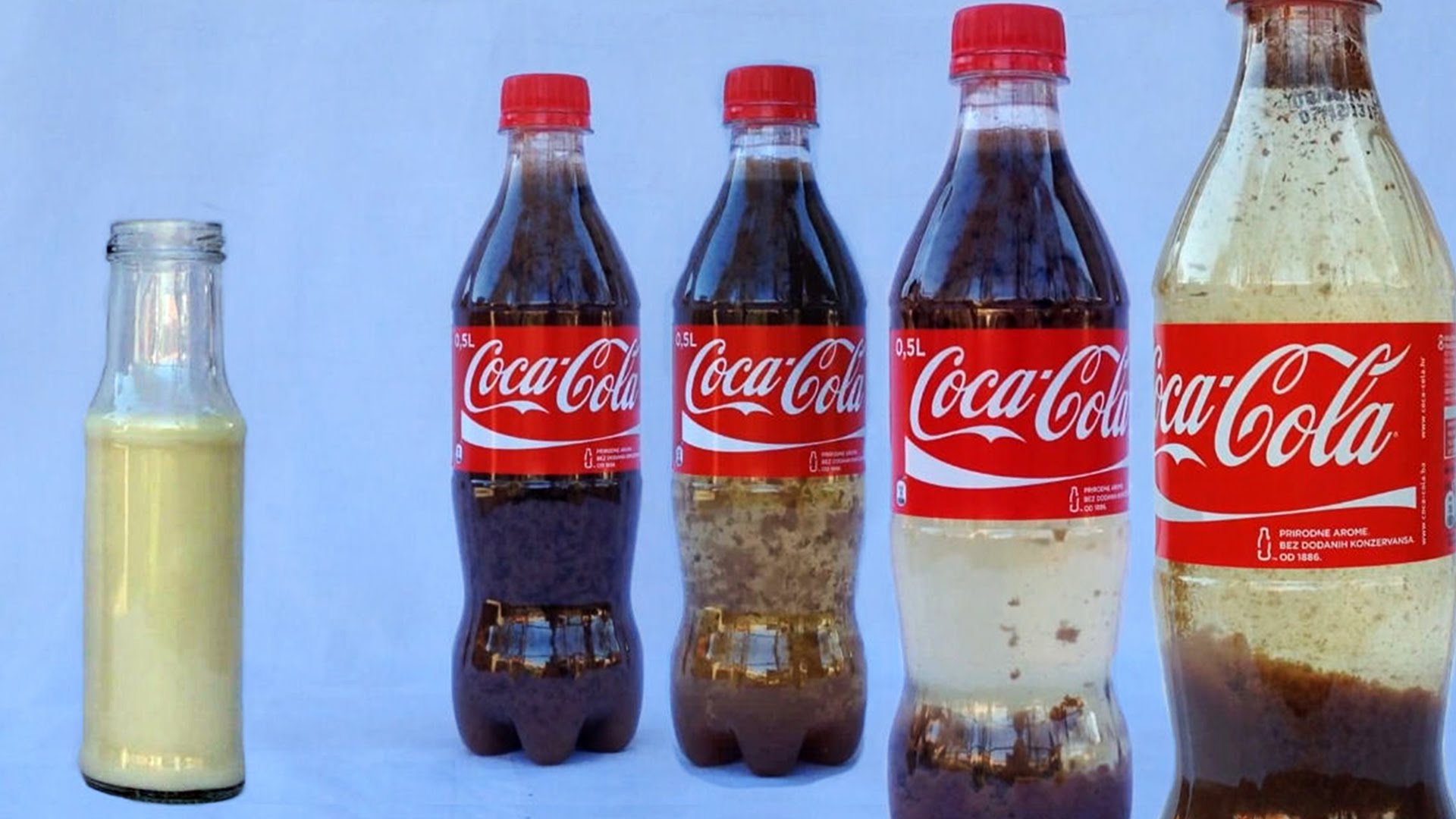 It is a reaction of the Phosphoric Acid contained in the coca cola to the milk. Phosphoric Acid molecules attach to the milk giving them more density and separate out while the remaining liquid that makes up the milk and cocoa cola now being lighter floats on top. The solid matter is basically milk that has been curdled by the addition of the more acidic soda.

Both items are acidic but coca-cola more so. In general, coca-cola has a pH of anywhere from 2.5-4.5 because of the Phosphoric Acid content where milk has a normal pH around 6.7 (almost neutral, milk that is in the base range is usually mastitic).

There are some studies to suggest that because of the high Phosphoric Acid content in most soft drinks that they can help to increase the likelihood that a person will develop Osteoporosis if they aren’t getting enough Calcium in their diet. Coca-cola makes an excellent household cleaner – it can be used to take tarnish off of pennies and I’ve used it to degrease car engines. I will not drink any soft drinks.