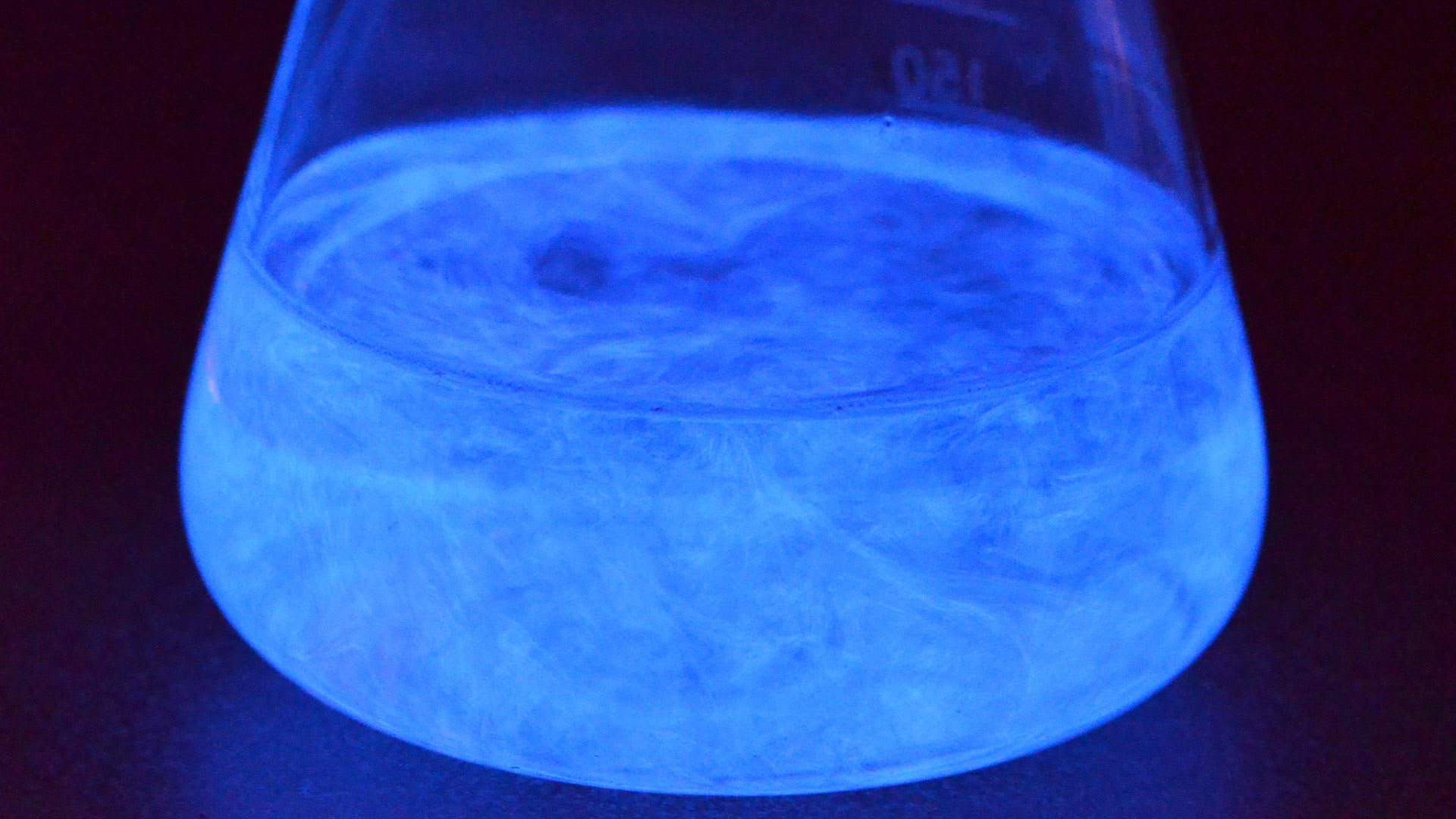 Painfully beautiful examples of glowing chemistry experiments.
Luminol was used in three experiments with increasing amount of peroxide. At the end, the reaction mixture was blown out of the bulb.

Finally, a common glow-worm was filmed in nature. The yellow-green color of the glow-worm was caused by the oxidation of luciferin.

This is one experiment from a larger video collection available at:
http://www.chemicum.com/chemistry-videos