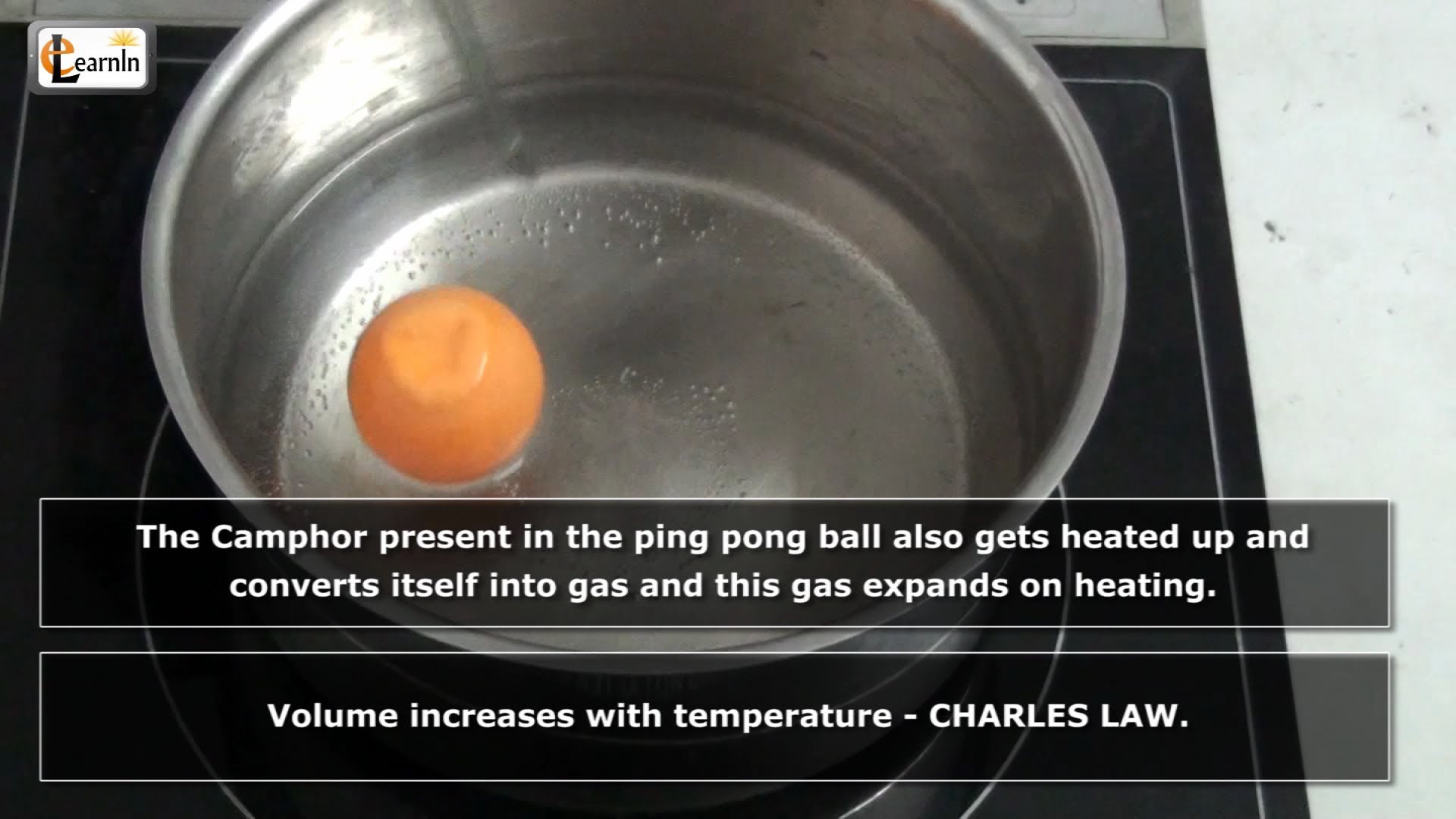 What would you do to a ping pong ball which is out of shape or crushed?
Trash it??
No, don’t!
Here’s a cool science trick to bring it back in to shape.
For this experiment, you’ll need:
Stove, or a burner
Bowl of water
Crushed Ping pong ball
Procedure
Boil the water for about 3-5 minutes.
Place the crushed ping pong ball in the boiling water.
After some time, notice that ping pong magically comes back to shape.
Don’t forget to play with it… YAY!!

Explanation:
Ping pong balls are made up of plastic material called celluloid. Celluloid’s are compounds which are made from nitrocellulose and camphor.
The camphor is a special substance called sublimatory substance. These sublimatory substances convert directly into gas when heated up.
The Camphor present in the ping pong ball also gets heated up and converts itself into gas and this gas expands on heating. This is because volume increases with temperature. This is known as the Charles law.
Charles law states that “the volume of a given mass of gas is directly proportional to the temperature.”
Charles law can mathematically represented with the equation
V ∝ T
Where V is the Volume of the body and
T is the Temparature.

Hi, there, my dear friends! In this video I will show you, 6 Magic Tricks/ life hacks with lighters ! That is all folks I wished to share with you!

Hot And Cold Water Science Experiment. Instructions for a fun experiment to teach the difference between the density of hot water and the density of cold water. Lab 360 has