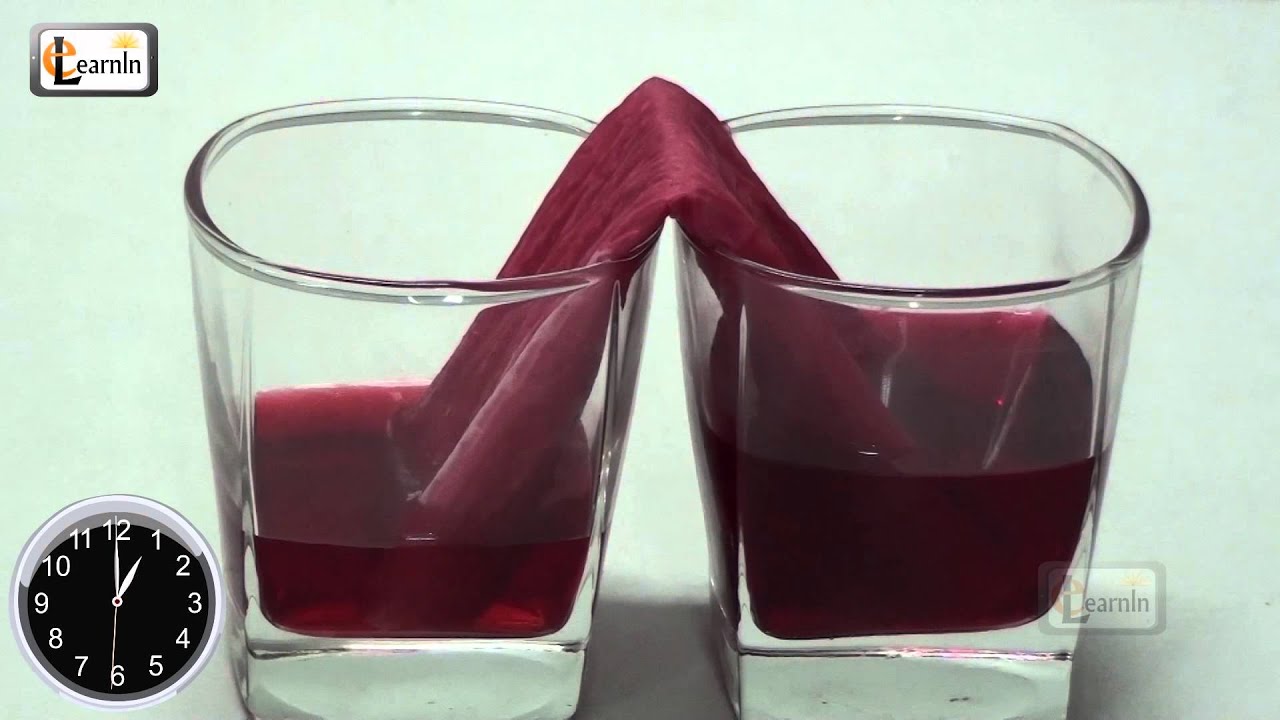 You’ll need:
• Two glasses
• Color water
• A paper towel or a tissue paper
Capillary effect: The movement of a liquid along the surface of a solid caused by the attraction of molecules of the liquid to the molecules of the solid.
• Take two glasses
• Put them side by side
• Fill one of the glass with color water
• Now take a paper towel
• Pin fold it or fold it into middle
• Dip one of the ends of the paper into the color water and put the other end into the glass one beside it
• Leave it for few hours
• You can observe that the color water gets transferred into the empty glass through paper towel
• Its keeps flowing into the glass till they attain equal amount of water in both of them

Molecules of water are naturally attracted to each other and form temporary hydrogen bonds with each other; their attraction for each other on the surface of a liquid, gives rise to surface tension. But they are also attracted in a similar way to other molecules, called hydrophilic molecules, such as those in the fibers of a towel; these attractive forces can draw water upward against the force of gravity to a certain degree.