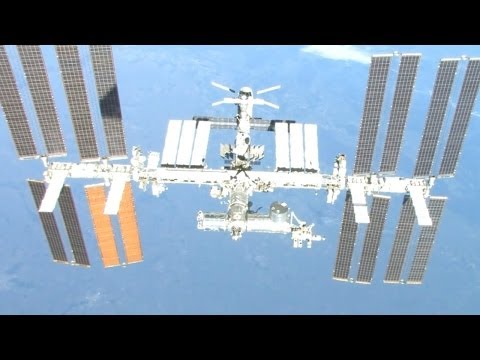 The teams on the ISS conduct some pretty amazing experiments while they’re up there.

Orbiting 200 miles above their home planet, people manning the International Space Station have a prime location for watching events both in the galaxy and down here on Earth.

They also do some pretty amazing experiments while they’re up there.

Here are 10 of the coolest ones.

Number 10. Creating the coldest place in the universe. Most of space is already chilly at around 454 degrees below 0 Fahrenheit, but the ISS is going further.

Number 9. Floating, 3-D Mapping Robots. This summer Google and the ISS will team up and try out some new technology. It’s hoped that with the advanced mapping skills, the machines will someday become adept enough at self-navigation to assist astronauts and make repairs at the station.

“Someday they may be able to fly around and help us carry our tools for us or maybe hold a camera for us. Then maybe someday little satellites like these could even fly outside the space station.” [NASA]

Number 8. Making the coolest home videos ever. The ISS team has installed 4 video cameras on the station’s exterior. They are always on, streaming videos of the home planet that are viewable online. The goal is to find the best video solution for space use.

Number 7. Space gardening. In an effort to someday provide astronauts with fresh veggies, the team is experimenting with growing lettuce. They’re using special seeded ‘plant pillows’ as regular gardening approaches won’t work in zero gravity. It’s tough to get the seeds to stay in the dirt.

Number 6. Putting out Fires. Flames act differently up there, requiring a rethinking of how to best extinguish them or keep them burning, depending upon what the occasion calls for. Findings will help with everything from making better safety mechanisms to manufacturing cleaner fuels.

Number 5. We all know that water can be used to extinguish fire. ISS scientists are working on what is called ‘supercritical water’ that actually helps start fire.

Number 4. Cancer-fighting capsules. Due to the specific targeting abilities of the liquid-filled micro containers, the delivery method could someday negate the need for intravenous treatments which could mean fewer side effects.

Number 3. Fruit fly studies. Humans and fruit flies have more in common that one would think. Thus they’re often used in studies covering a myriad of “molecular, genetic, cellular and physiological responses”. Observing them in space allows researchers to see how gravity can affect systems, as well as the impact space travel has on people.

Number 2. Natural disaster assessment. Using its unmatched viewing perspective to great advantage, the ISS has a remote camera that can zero in on areas affected by catastrophic events. Among the things it can do is help relief organizations find their way to the people in need.

Number 1. Launching satellites. Sending satellites into space from Earth is expensive and complicated. The Japanese Aerospace and Exploration Agency has made the process a whole lot more cost-effective and efficient by installing a small craft launcher onto the ISS.

17 thoughts on “10 Coolest Experiments At the International Space Station”